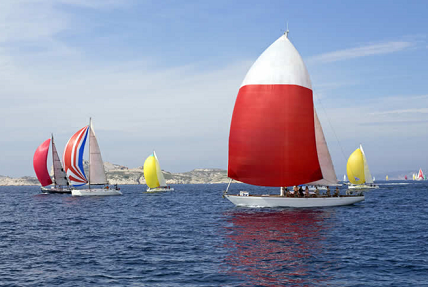 important that a seaman -injured far from home-, was the duly repatriated by the ship owner.

​The Jones Act is one of the few areas of the law that is still favorable to an injured worker. It applies to deck hands, engineers, third mates, second mates, first mates, captains, roughnecks, drillers, pilots, tanker men, and basically all persons that are involved in the maritime and offshore industry. It applies to the fishing, fishery, canning, shrimping, oilfield, dredging, barge, tugboat, towboat, crew boat, supply boat and other maritime offshore industries. The Jones Act was enacted after FELA but adopts FELA’s  liberal construction in favor of the injured worker.

Certain U.S. law firms specialize in claiming fees for medical care and maintenance for injured seamen, based on the provisions of the Jones Act, one of them The Wetzel Law Firm.

The Jones Act applies when: a seaman, while working on board a vessel, is injured in the course and scope of employment upon a navigable waterway. Though the previous sentence would seem easy to apply to determine the applicability of the Jones Act, unfortunately this is not the case even after almost a century of American jurisprudence.

How Does a Jones Act Lawyer define "Seaman?"

United States’ courts have struggled with “Who is a Seaman?”

The various federal circuit courts seem to agree that, to qualify as a “seaman”, the person has to be permanently assigned to an identifiable fleet of vessels. For instance, a service engineer that works for YXZ Co., who is sent to repair the engines of a vessel that is owned by 123 Co. would not be qualify for Jones Act protection if he gets injured onboard.

Even a Pilot, whose sole job is to get on and off ships and navigate them into a harbor day and night is not covered. This Pilot example demonstrates that a person, whose work is 100% on the water and constantly subject to the perils of the sea, may still not qualify as a “seaman”. Each situation must be determined on its own merits.

How Does a Jones Act Attorney define "Vessel?"

Even though maritime law is the oldest law in the United States, the courts still wrestle with what is a “vessel?”
​
The obvious vessels such as a barge, dredge, jack-up barge, drill ship, work over rig, floater, platform, crew boat, supply boat have always been considered as such: “vessels”.

As examples, (1) with the continual development of new technologies to seek and extract oil and gas from the seabed floors, the courts have been faced with determining whether new types of devices are vessels for the application of the Jones Act; these include Tension Leg Platforms (TLPs) which do not stand upright when released from the seabed floor; or (2) a casino that is otherwise a riverboat that floats perfectly, but, because it never moves and is permanently tied to the shore, it has been held not to be a “vessel”. In a recent U.S. Supreme Court opinion, the Court attempted to finally define what a “vessel” is. In Stewart v. Dutra, 543 U.S. 481 (2005), the Court proclaimed that a vessel is “…a watercraft that is used, or capable of being used, as a means of transportation on water.”

This definition seems clear enough but it remains to see, as technology advances, if the “murky waters” of maritime jurisprudence will not be tested again in the legal classification of what is a “vessel”.

Where are “Navigable Waterways”?

However, in the late 1970s, the fleets and numbers of ocean going U.S. flagged vessels began to shrink and were replaced by an increased number of foreign flagged and owned vessels manned by non-U.S. citizens. This type of vessel is commonly called a “blue water” or deepwater vessel. Today, there are only a handful of American flagged “blue water” vessels. With the increase of offshore drilling, the “brown water” vessels became abundant.
​
Obviously, the Atlantic Ocean, Pacific Ocean and the Gulf of Mexico are navigable waterways. However, there has always been, and will always be, huge barge traffic in America’s heartland. This inland waterway system, including the Mississippi River and its tributaries, are also considered navigable waterways for purposes of the Jones Act.

Jones Act: Maintenance and Cure is Owed Without Regard to Fault

An injured seaman is entitled to maintenance. Maintenance is that money that would be required to supply room and board similar to what was supplied to the seaman on board the vessel. The maintenance is very low and is a per day payment. It is sometimes as low as $8 a day and or as high as $35 a day.

An injured seaman is entitled to cure. Cure has been defined as reasonable and necessary medical care to return the seaman to a point of maximum medical improvement. Though these payments should be automatic, often the seaman is faced with an employer that does not fulfill its obligations to give medical care and, unlike state workers’ compensation schemes, there is no statutory obligation to compel the employer to provide medical care.

Both with maintenance and cure, the employer, though obligated, often simply does not pay what he should or does not pay at all.
​
The Jones Act provides a useful tool to get the seamans’ compensation. Maintenance and cure are actual rights that a seaman has had for hundreds of years and, unlike the Jones Act, are not governed by fault. In other words, even if the seaman is 100% at fault for his/her injuries, the duty of the employer remains the same.

Workers’ Compensation vs. the Jones Act: A Lawyer's Perspective

Before the Jones Act was enacted there was no remedy against an employer for an injured seaman other than maintenance and cure. However, the Jones Act is quite different from workers’ compensation statutes.

Assume for the moment that you work at McDonalds; that you are mopping the floor and that you slip and fall in the soapy water that you put down and hurt your back. If this happened to you, you would be entitled to (1) your medical care for your injuries; (2) two-thirds of your average weekly wage while you are being treated; and (3) maybe a relatively small monetary settlement. But what if you could never return to medium or heavy type work again? Obviously, you would lose much money over the course of your work life. Also, and most importantly, note that you get these workers’ compensation benefits regardless of whether you were actually 100% at fault in causing your fall. This is where the Jones Act is quite different. Under the Jones Act, if you are hurt while working as a seaman on a vessel, you are entitled to nothing unless you prove that your injury was caused by the negligence (failure to act with reasonable ordinary care) of someone else or from an unseaworthy condition.

“Unseaworthy” is defined as something on the vessel that is “not fit for its intended purpose” such as a rotted rope that breaks or a ladder that gives way.

Unlike workers’ compensation, if you are held to be 100% at fault, under the Jones Act you get nothing! But unlike the hypothetical McDonald’s employee, you have the right to sue the employer and you can choose to sue in either a state court or a federal court. If you are successful, you can recover compensation for pain and suffering, mental anguish, physical impairment, physical disfigurement, loss of wages in the past, and loss of future earning capacity, vocational rehabilitation damages and other types of damages. The hypothetical McDonald’s employee cannot sue his employer if he receives workers’ compensation.

​Thus, the Jones Act can be much better for the injured worker but can also be worse if the injured employee does not prove his case adequately.

Another concept to understand about Jones Act is that it applies the legal doctrine of “comparative negligence” to all Jones Act claims.

Under a “comparative negligence” approach, the jury hears testimony about the negligent conduct of both parties–the employer and the maritime worker. Based on the evidence, the jury will determine what the injured party’s damages are and how much should be allocated to each party. Sometimes accidents happen not just from the employers’ negligence but also from the worker’s negligence too.

The good thing about “comparative negligence” is, even though the jury may find a percentage of negligence on the worker, the injured worker still recovers the percentage of the jury’s monetary award that is equal to the employers’ percentage of negligence. By way of example only, if the worker is found 25% negligent and the employer is found 75% negligent and the jury awards $875,000.00, then the judgment would be that the worker recovers $656,250.00 plus costs. This is quite different than in almost all states where, if the injured person is found 51% or more negligent by the jury, the injured person would recover zero no matter how much the jury awarded for money damages.
​
A Jones Act lawsuit must be filed within three (3) years of the injury date or it is barred by the Statute of Limitations.
​
​Go to Maritime Injuries Overview.